Chocolate is a very popular treat for humans but is very sweet and high in sugar. Mongolian gerbils are omnivorous and can eat both plant and animal matter. However, some food can’t be fed to gerbils and is even toxic to them. So, can gerbils eat chocolate safely or is it toxic?

You might think that a small amount of chocolate won’t hurt your gerbil but this isn’t exactly true. There are cases of toxicity at very low levels of theobromine. Besides that, why would you give something that isn’t nutritional to your gerbils?

Some resources will say that some chocolate doesn’t contain any theobromine and isn’t toxic for this reason. Theobromine is a compound that gives the typical brown color to brown and dark chocolate. But even white chocolate contains trace amounts of theobromine.

Chocolate is made from cacao. Cacao is grown on small tropical trees that are native to Central and South America. Today cacao is also grown in other tropical places. These trees need a hot and humid environment to grow.

The temperatures in the natural habitat of these gerbils can get up to 50 °C (122 °F) although usually, the temperatures are lower at normal room temperatures. Water is scarce in this region and it definitely isn’t a good place for cacao to grow (just like banana plants) and it doesn’t grow naturally in this region.

So, wild Mongolian gerbils don’t come in contact with cacao. They’ll eat seeds, roots, bulbs, and herbs. When they’re available, gerbils will also eat fruit and insects but this depends on the time of year and the region they live in.

I already mentioned that the nutritional value of chocolate is low for gerbils but this doesn’t mean that they don’t have any nutrients in them. The following nutritional data (for 100 g) comes from FoodData Central:

Why Is Chocolate Bad For Gerbils?

As you can see in the table above chocolate is high in carbohydrates and fat. It also contains a lot of sugar and is a high-calorie food. When fed to gerbils the high sugar and fat content can lead to obesity and diabetes, if it weren’t for the toxic compound theobromine.

A normal gerbil diet needs to consist of around 16 percent protein and between 6 and 9 percent fat. Chocolate obviously doesn’t provide these levels of protein and fat. I won’t go any further into the nutritional value of chocolate but will give you more information about troublesome compounds in chocolate (from a gerbil perspective):

As you’ll see there are some compounds in chocolate that can be toxic in small amounts or can at least cause health issues. For this reason, I strongly advise you to NEVER give chocolate (white, milk, dark, or any food that contains chocolate) to your gerbils and to keep them away from chocolate products so they can’t ingest them by accident.

White chocolate contains only trace amounts of theobromine (around 0.1 mg/g according to this research).

Why is theobromine bad for (small) pets?

Theobromine is mostly a problem for dogs and small pets. A normal amount of chocolate for humans can cause serious health issues, and even death, for dogs and cats. Small pets are mostly in danger because of their low weight.

Scientists use the LD50 measurement to determine how deadly a substance is. It’s the median lethal dose which means that that dose kills half of the tested population. Such studies are mostly done on mice and rats but are also known for dogs and cats because these animals usually (accidentally) ingest theobromine (from chocolate products).

The LD50 of theobromine in rats and mice is fairly high, even comparable to that of humans. However, gerbils are small animals and can easily get too much theobromine from a small piece of chocolate.

Let’s hypothesize that the LD50 of theobromine for gerbils is 1000 mg/kg. An adult gerbil can weigh up to 130 grams. This means that ingesting 130 mg of theobromine can cause serious health issues and even death.

A dose of 130 mg of theobromine can be compared to eating:

However, the average weight of a gerbil is around 60 g which halves the above-mentioned amounts. Younger gerbils weigh much less and would reach the hypothesized LD50 with a small piece of milk or dark chocolate.

How much caffeine is in chocolate?

Why is caffeine bad for (small) pets?

Caffeine is, just like theobromine, a methylxanthine. Both are the main toxic compounds in chocolate. In combination, they form a danger for your gerbils. Small amounts of caffeine seem to have very little positive effects on the operant behavior of gerbils.

There is little published research that has studied the effects of caffeine on gerbils and the LD50 of it. A study conducted with various caffeine levels (10, 20, 40, 60 mg/kg) showed little influence on the operant behavior of gerbils. It was suspected that caffeine reduces the appetite of gerbils.

For gerbils, this LD50 hasn’t been determined. Even if gerbils would have a (high) LD50 of caffeine similar to that of rats, only small amounts of chocolate could be tolerated. Let’s take the previously mentioned weight of 60 g for an average adult gerbil. In such a case, the gerbil would ingest the median lethal dose at 22 mg of caffeine (55 g of milk chocolate or 30 g of the dark chocolate).

Animals usually lose the enzymes that are required to digest milk after weaning. Most adult animals don’t consume milk and are lactose intolerant, which means they can’t properly digest milk (products).

Not all chocolate contains lactose. Below you can find the lactose content of chocolate:

There are no studies online that researched the lethal dose of theobromine and caffeine in gerbils. It’s difficult to determine the health issues that gerbils can get when ingesting chocolate but similarities can be expected with the signs of theobromine toxicity in other (small) pets.

Symptoms of chocolate toxicity (depending on dose)

If the level of theobromine (and caffeine) is high enough or if there are complications from the other health issues it can cause, death can follow.

What To Do When Your Gerbils Ate Chocolate?

When your gerbil has eaten chocolate it’s important to seek the help and advice of a vet. Since I’m no vet I can’t give any further advice.

The treatment (for dogs) usually consists of treating the symptoms with medication and stabilizing the pet. It’s also key to get the theobromine and caffeine out of their system as soon as possible. With dogs, this is partially done by letting the dog vomit but gerbils can’t vomit so this isn’t an option.

If you haven’t already done so, find a vet in your neighborhood that’s specialized in gerbils and write down their number. Put it down on a piece of paper and keep it close for emergencies. Also, locate the nearest pet hospital and do the same.

If you live in the USA you can find emergency vets and pet hospitals on vetlocator.com and emergencyvetsusa.com.

What Treats Are Safe for Gerbils?

So, gerbils shouldn’t be fed chocolate but what can they eat? There are a lot of safe and healthy treats available for gerbils:

If you want to give ready-to-go snacks to your gerbils I would recommend the following snacks: 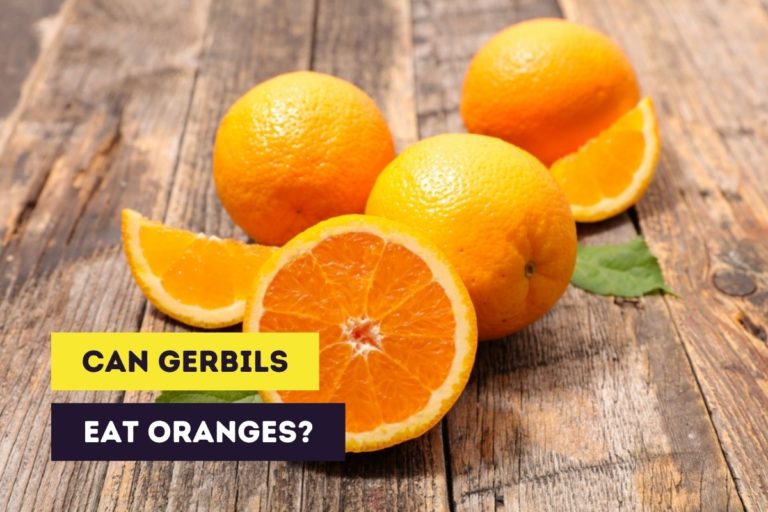 Gerbils need a balanced diet and fruit only plays a small part in it. Moreover, not all fruit can be given. What about oranges? Can gerbils eat oranges? 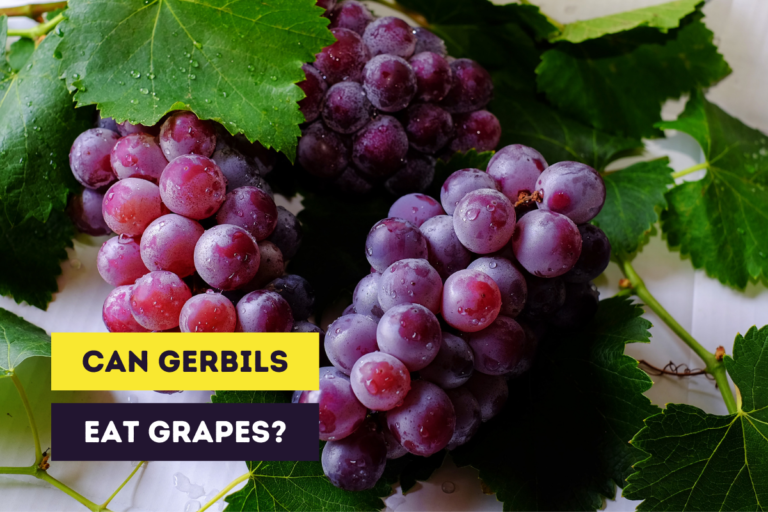 Gerbils need a balanced diet and fruit only plays a small part in it. Moreover, not all fruit can be given. But can gerbils eat grapes? 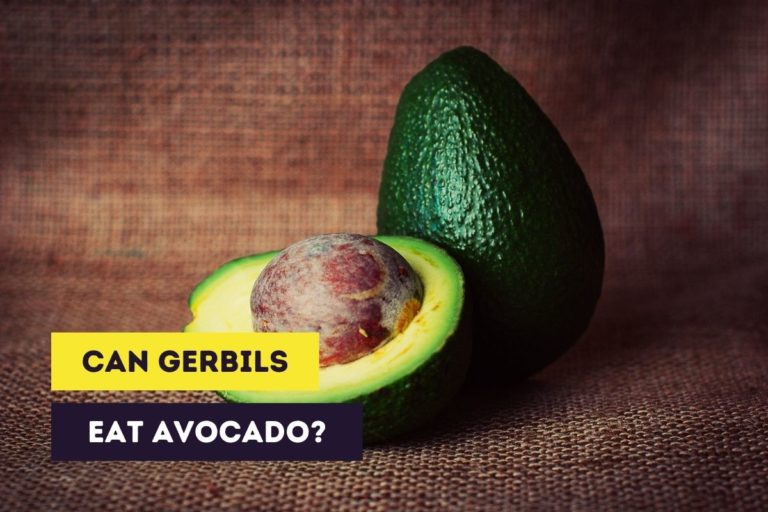 Avocados are edible by humans but the toxin persin can cause serious harm to certain pets. Can gerbils eat avocados or is it toxic to them? 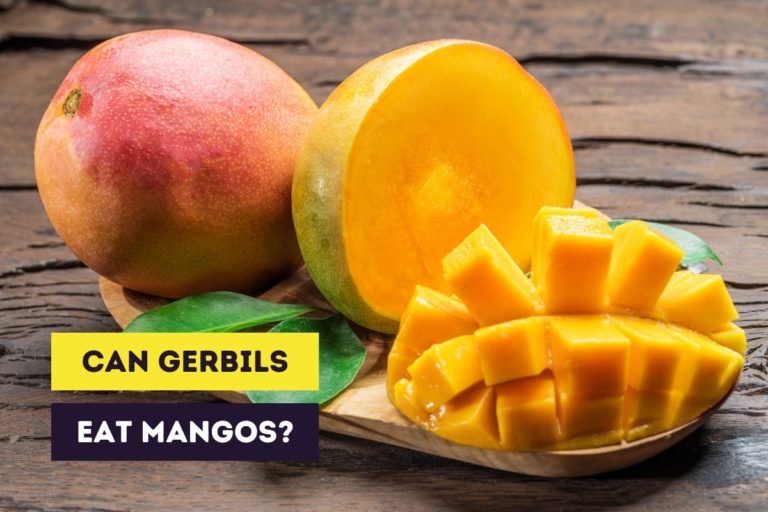 Gerbils need a balanced diet and fruit only plays a small part in it. Moreover, not all fruit can be given. What about mangos? Can gerbils eat mangos? 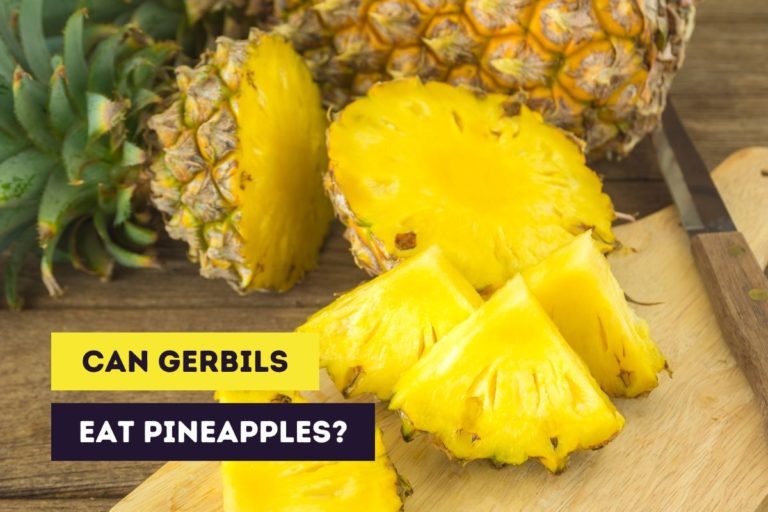 Gerbils need a balanced diet and fruit only plays a small part in it. Moreover, not all fruit can be given. What about pineapples? Can gerbils eat pineapples? 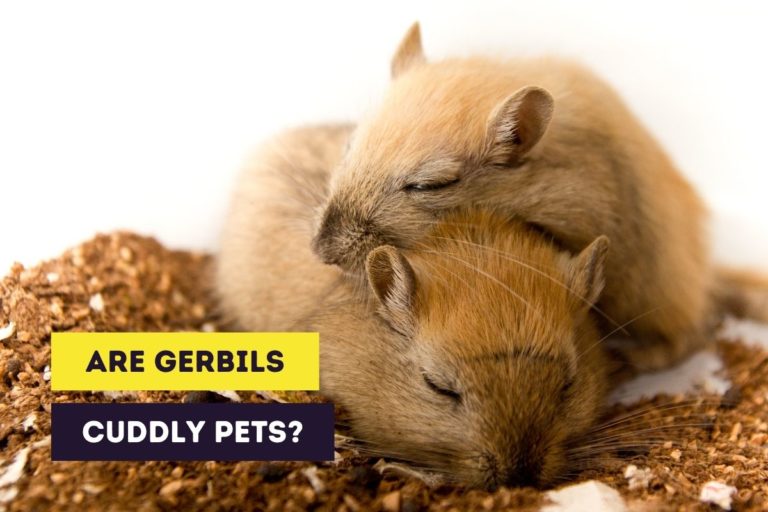 People often buy pets that look cute and like to be able to cuddle with their pets. Gerbils certainly look cuddly but are they cuddly pets?