Guinea pigs are known to benefit from eating fresh grass and vegetables. But they are also allowed to eat fruit now and then. However, not all fruit is safe for guinea pigs and you can only give some fruit on rare occasions. For example, watermelons are a delicious fruit; most of us like to eat them on warm summer days. But can guinea pigs eat watermelon?

A healthy diet for guinea pigs should consist of grass (hay), fresh vegetables, and pellets. Fruit should only be a small part of their diet because they lack the necessary fibers and contain a lot of water and sugar. Watermelon is no exception but can be given to your guinea pigs when given occasionally and in the proper proportions.

The following nutritional data (for 100 g) comes from FoodData Central:

Guinea pigs usually drink about 100 ml/kg of water daily, depending on the temperature and humidity, activity level, and general health.[1]Clemons, D. J., & Seeman, J. L. (2011). The Laboratory Guinea Pig, Second Edition. Taylor & Francis This is more than the water intake of some other pocket pets, such as gerbils and degus. When guinea pigs don’t drink enough, they can get health problems. Typical signs of dehydration are dry stool and dark urine.[2]https://www.msdvetmanual.com/all-other-pets/guinea-pigs/disorders-and-diseases-of-guinea-pigs

Guinea pigs need between 10 and 50 mg of vitamin C daily.[3]https://vcahospitals.com/know-your-pet/guinea-pigs-feeding However, unlike most animals, guinea pigs can’t produce this vitamin. This is why they need to ingest vitamin C from their diet.[4]Clemons, D. J., & Seeman, J. L. (2011). The Laboratory Guinea Pig, Second Edition. Taylor & Francis

Guinea pigs with a vitamin C deficiency (scurvy) can become weak and lethargic. They may also lose their appetite, lose weight and get diarrhea.[5]https://www.msdvetmanual.com/all-other-pets/guinea-pigs/disorders-and-diseases-of-guinea-pigs

Watermelon contains 8.1 mg of vitamin C per 100 grams. Therefore, this fruit can help reach the required daily dose, in addition to other sources of vitamin C.

According to scientific literature, this ratio should be around [2]:[1] for guinea pigs. Watermelon contains 7 mg calcium and 11 mg phosphorus per 100 grams. So, the calcium-to-phosphorus ratio of watermelon is [1]:[1.6].

Such a bad ratio between calcium and phosphorus can lead to soft tissue calcification.[6]https://www.ncbi.nlm.nih.gov/books/NBK231932/ Giving too much watermelon and not providing a balanced diet can lead to health issues and a decreased lifespan.

You can easily prevent this by providing the right proportions of (grass) hay, fresh vegetables, and pellets. Watermelons should only be given occasionally and in small bite-sized pieces. When you only give tiny amounts of watermelon, the Ca:P ratio of this fruit will have a neglectable influence.

Most fruit contains a lot of (natural) sugars. For example, watermelons contain 6.2 g per 100 grams. However, too much sugar can cause health issues in guinea pigs. A high sugar intake can, for example, increase the number of harmful bacteria in the digestive system of your guinea pig.[7]https://www.petmd.com/exotic/what-can-guinea-pigs-eat

If you only give a small piece of watermelon, you won’t need to be scared. However, ensure that you don’t feed your guinea pigs other sugary foods (commercial treats or other fruit) when you also provide watermelons.

What kind of watermelons can be eaten by guinea pigs?

Watermelons are edible fruit and you can find watermelons almost anywhere in the world. They can be eaten in different ways:

Below, you’ll find the most common ways to feed watermelon to guinea pigs. In short, guinea pigs can be fed:

Certain treats you can buy online or in pet stores contain a watermelon flavor (but no real watermelons).

Fresh watermelons are the most common way to give watermelon to guinea pigs. It’s recommended to give seedless watermelons. You will have to be careful to give the watermelon pieces in a food bowl (and why not this cute food bowl) or on a platform where your guinea pigs can eat them. Always check if there are leftover pieces and take them away when they’re not eaten after a few hours.

Dried or dehydrated watermelon goes through a process where most water is removed from the watermelon. The result is a smaller piece of watermelon that is deep red and looks wrinkled. Dried watermelons are sometimes called watermelon chips (but are not baked or fried like other chips).

If you want to dehydrate watermelons you can use a food dehydrator.

Some treats, like the Vitakraft Drops, contain watermelon flavor. Most of them are high in sugar and fat content but some can be given for their purpose, a treat to be given on occasions. Fresh fruit or vegetables are a much better treat.

How many times to feed watermelons?

Fruit should only be given as a treat to guinea pigs once a week. They should never be given daily. A healthy guinea pig diet should consist of hay, fresh vegetables, and pellets. Fruit isn’t necessary for guinea pigs but can add a slight variation and taste to the diet.

How many watermelons can guinea pigs eat?

Guinea pigs can eat one tablespoon (15 g) of fresh watermelon a week. Always feed watermelon in tiny bite-sized pieces to make them easier to eat and digest. Dried watermelon should be limited to a teaspoon (5 g) a week because of the high percentage of sugar.

If you’re interested in learning more about guinea pigs as pets, please read the following articles: 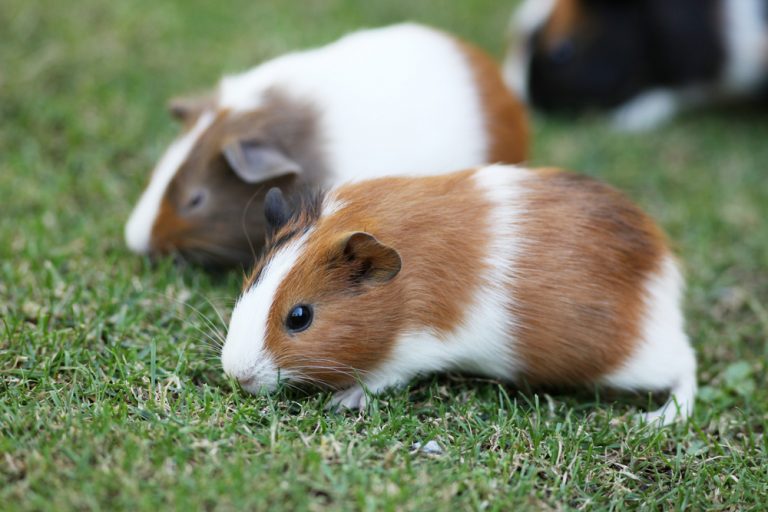 Guinea pigs are often kept inside in a cage but can they also be kept outside, like rabbits, in a larger cage? Is this a wise idea or foolishness? 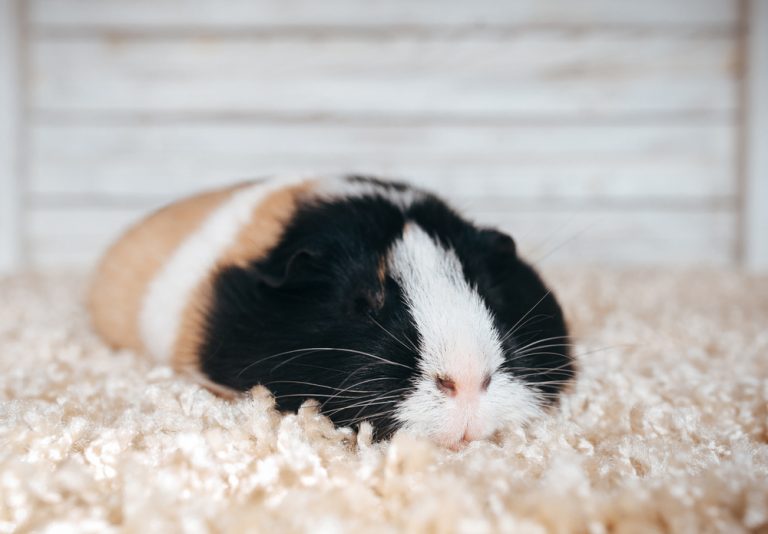 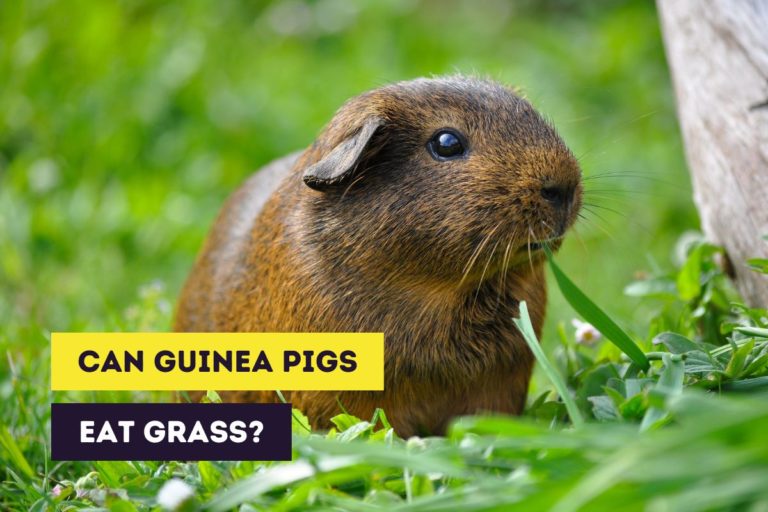 Guinea pigs need fibers to stay healthy so hay is an essential part of the guinea pig diet. But can guinea pigs eat grass and how to feed them grass?

Have questions about pocket pets ?
Follow our page & groups and get fast answers!